La Cruz: Tradition has always been one of the essential characteristics of la Cruz de Huanacaxtle. A fishing village for generations, this town has been modernized thanks to the construction of the Riviera Nayarit Marina — the largest and most modern of the corridor, which has created a destination that harmoniously combines the traditional life of a Mexican pueblo with the sophistication of a development such as the Marina. So, when visiting La Cruz, as the locals call it, you will have the opportunity to witness postcardworthy scenes such as the arrival of fishermen on the pier in their boats loaded with a variety of fish.

Destiladeras Beach anchoring the north shore of Bahia de Banderas, in La Cruz, Nayarit. Destiladeras Beach is a 3 mile long beach about 3 minutes out of La Cruz at kilometer marker KM7 along the Punta de Mita road, as you leave La Cruz going north. The road twists and turns a bit, (so be careful driving) but is well cambered and banked, and rewards with the occasional delightful reveal of ocean vistas, side by side with jagged cliffs, dense forest, and tour buses. Mid-morning to mid-afternoon is best for Destiladeras Beach, like many of the longer beaches along the north of the Bay, Destiladeras can get a bit windy in the late afternoon. 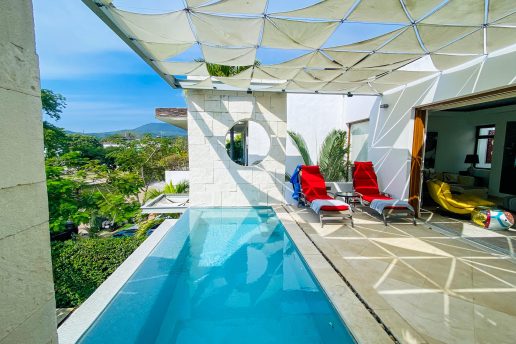 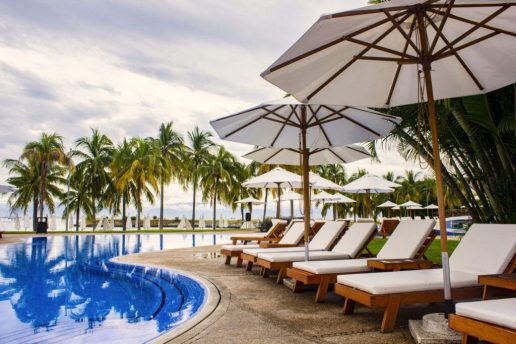